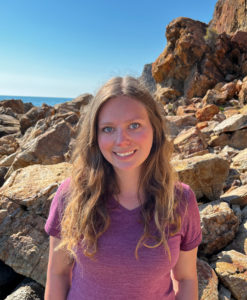 Porphyry Copper Systems are the main source of the worlds copper supply and provide over 70% of the total Cu demand. Important by-products are further metallogenic elements like Au, Ag, Pt, Pd and Mo, which are valuable resources for the industry, e.g. in the field of electrical conductors. The Serbo-Macedonian Metallogenic Belt in Greece is a major host of several porphyry copper systems with varying age, depth and composition. The mechanisms for these differences are still not fully understood.

This project investigates the Skouries Porphyry Cu-Au System in Greece on the basis of two drill cores from the potassic alteration zone. We aim to reconstruct the fluid evolution of the porphyry system and analyze its impact on the metal distribution. For that purpose, we focus on the chemistry of ore minerals like pyrite, chalcopyrite and magnetite and combine it with implications from different quartz generations. We further plan to fingerprint mechanisms enhancing an Au enrichment at Skouries in comparison to other porphyry copper deposits of the metallogenic belt and integrate Skouries into a larger geological scale.

The Tethyan Metallogenic Belt extends from Hungary over Greece and Turkey down to the Iran and is a major host for different styles of Porphyry Copper Systems. The Miduk Porphyry Copper Deposit is located in the Iranian part of the belt and contains a copper-molybdenum-rich porphyry stockwork mainly hosted in a sulfide mineralization. Several drill cores from the potassic and phyllic alteration zone will be sampled at different depths to gain a representative overview of the porphyry stockwork. This study aims to constrain the fluid evolution and metal distribution at the Miduk deposit by combining a fluid inclusion study with the sulfide geochemistry. On a larger scale, we want to integrate Miduk into the Tethyan Metallogenic Belt and identify the main mechanisms responsible for compositional differences within porphyry systems in this belt.

Origin and potential of the REE-mineralization of alkaline rocks associated with the western Schiel Alkaline Complex, South Africa

The demand of critical metals like rare earth elements (REE) has tremendously increased over the last couple of years due to their growing importance, especially in the field of green, renewable energy. Alkaline complexes and related carbonatites are well known for their potential to host such REE enrichments. Therefore, the understanding of the evolution of these deposits are of major economic and scientific interest and can help to meet the upcoming need for critical metals.

The 2.06 Ga Schiel Alkaline Complex, located in the Southern Marginal Zone of the Limpopo Belt, South Africa, is an alkaline complex strongly enriched in rare earth elements and phosphor. This study aims to report a detailed petrologic-geochemical dataset of ultramafic, mafic and highly fractionated felsic rocks of the western proportion of the Schiel Complex. On the deposit scale, we will focus on the geochemistry of possible host minerals to investigate the composition and REE potential of the complex and determine possible enrichment and redistribution processes. On a larger geological scale, we want to constrain the magma origin and evolution of the complex by combining age dating with multiple isotopic approaches.