The Rio Grande Rise (RGR) consists of an extensive plateau and seamount province in the SW Atlantic and was previously thought to be a Large Igneous Province formed by magmatic activity of the Tristan-Gough mantle plume on the South American Plate. New research shows that the RGR may be a piece of continental crust that rifted during the opening of the South Atlantic and was moved eastward by the South American continent, so the plume model would be redundant. Here we propose a combined seismic, geochemical, geochronologic, and thermochronologic study of the crust of the RGR to test the hypothesis of a continental rift overridden by tectonic and magmatic processes. This will involve examining the 1000 km rift and volcanic structures of the RGR and the Jean Charcot Seamounts for evidence of mantle plume activity and the age of formation of the rocks. The results will provide important insights for understanding continental breakup and ocean basin formation, as well as the role of microcontinents in hotspot track formation. 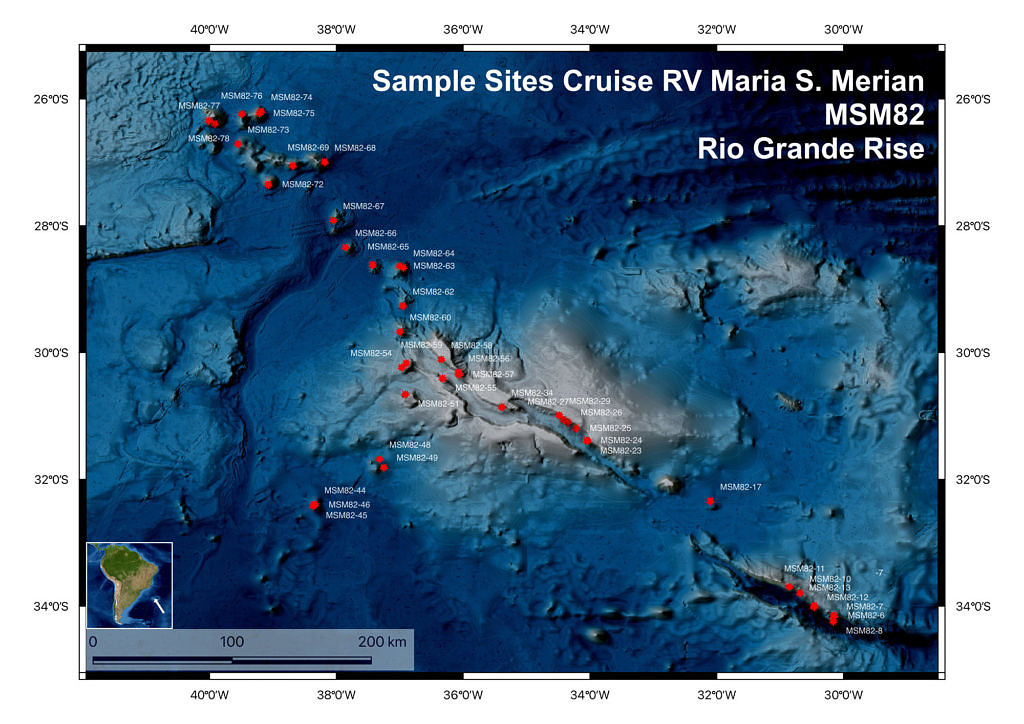